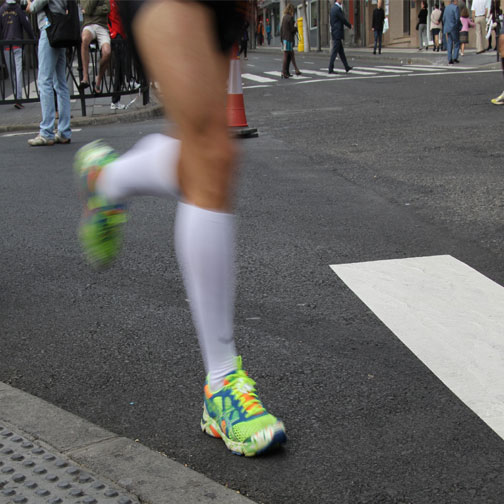 It has been described as an intense feeling of well-being or invincibility, a state of euphoria, and even an out of body experience. Runners have also reported a reduced sense of pain and even a loss of the sense of time. This high, so to speak, is called runner’s high.

The Theories Behind Runner’s High

The runner’s high theory assumes that there are real biochemical effects of exercise on the brain.

We’ve all heard of endorphins, the feel-good hormone that mimics the effect of opiates on the brain, but what has been hotly contested is whether the feelings associated with runner’s high can be attributed to those same endorphins released due to exercise.

Many have described feeling relaxed or less stressed after exercise, but at what point does that peace turn to the intense euphoria that seems to define the runner’s high?

Though highly purported by running enthusiasts, runner’s high has remained an unproven theory for over thirty years due to a lack of feasible scientific testing. Even among those who believe in its existence, the exact systems behind runner’s high have been debated.

With advances in neuroscience, however, researchers have been able to prove that running and other rigorous exercise does induce a flood of endorphins into the brain and that those endorphins are related to mood changes. Not only were endorphins present after strenuous exercise, but the degree of euphoria reported by the subjects strongly correlated with the endorphin levels observed.

The 2008 study responsible for this conclusion was conducted in Germany and ultimately published in the journal Cerebral Cortex. It has been just the sort of proof the running community has been waiting for.

How to Get High

So it seems that running can in fact make you high, but it’s certainly not free. There appears to be an exercise threshold of sorts for such endorphin release. It is not simply the act of exercise that frees the flood of endorphins, but rather long, continuous exercise of moderate to high intensity. Quite often the runner’s high experience is associated with endurance and rhythmic-type exercise, like long-distance running. The key appears to be long-duration and repetition to induce prolonged physical stress, which interestingly is consistent with the point at which muscles have depleted their glycogen store.

So rather than sipping that glass of wine or puffing that joint, why not go on a run instead? Your health will certainly thank you for it.

Wanna get high? Check out this step-by-step runner’s high guide.