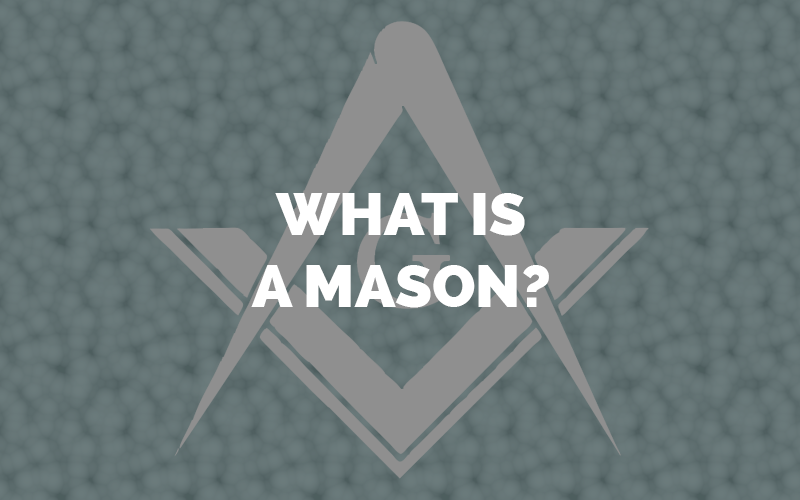 What is a Mason? Many people harbor misconceptions about the Masons. But few understand that Freemasonry is collective of respected and influential people in communities across the globe who are actively concerned with the betterment of themselves, each other, and the communities of which they are a part. Freemasonry itself is obscured by a long and unique tradition that is understood using symbols and language that go back centuries.

Today, most Americans have at least heard that many of the founding fathers of our country were Freemasons. This, to a large extent, can explain the founder’s deep and abiding interest in constructing a robust and lasting system of government that respects the sovereignty of each and every individual citizen. This is the foundational ethic of the United States of America. George Washington, John Hancock, and Paul Revere were all members of the Freemasonic community. They were exemplary members of the Freemasonry ideal both in their own time and today.

Many of the men who participated in the Boston Tea Party of 1773, for example, were Freemasons. Dr. Joseph Warren, a Grandmaster, died at the Battle of Bunker Hill fighting for the freedom of Americans.

The History of Freemasonry

Freemasonry dates back to the late 14th century. It flourished during the medieval period as a building trade. During that period, Freemasons traveled throughout Europe, erecting the great Gothic cathedrals- which, in their time, had no equal in beauty and scale. Apprentices were taken in and taught the craft by master masons who passed on the secrets of the trade. As construction declined, the organization began to accept members who were not trained to be actual stone masons.

From then on, Freemasonry grew into a system of values wherein members would endeavor to create a better, finer world for themselves and others through good works, the creation of fine institutions, and set an example for others by adhering to a code of conduct that embodies decency, fair dealing, and a high standard of ethics.

Over time, the community of masons developed a tradition of symbolism which began by leaving both personal and masonic markings on the buildings they constructed. Over time, this grew into a sophisticated lexicon of signs and symbols with which the masons identified archetypal themes, tropes, and ideas. Much of the belief systems and history of the original masons is written and passed down using many of these symbols. They are not readily shared with non-Masons, and this is in large part the reason why so many people may become suspicious about the secrecy of Masons.

While the teachings and traditions of Freemasonry have their origins in the discipline of working with brick, stone, and mortar- the values of Freemasonry revolve around the idea of being constructive as a central value of life. Freemasonry is not a religion, though many mistake it as such as it does teach and exude a specific set of values for life.

In their own words, the main tenets of Freemasonry are:

The Masons of today come from all walks of life. They represent all of the world’s major religions, nationalities, ethnicities, political orientations, and professions. The common goal of the Masons is to improve themselves, to become more skilled- more enlightened and better informed- and to guide those around them to do the same. In addition to this, as a community of respected and skilled members, the Freemasons focus on working together to create societies that are centrally planned, progressive, and finer- both ethically and aesthetically.