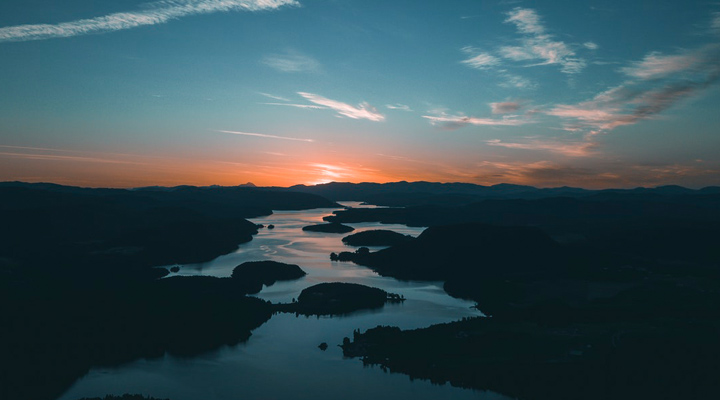 Are you a lover of rivers? If so, you need to make South America your next destination as this continent is home to some of the world’s most fascinating ones, including its longest or second-longest, depending on how a river’s length is defined. The world’s largest river basin is also located here. Also, the geography of South America is quite interesting as it relates to its rivers. For example, many of them flow eastward from the Andes Mountains, which dominate the western side of the continent. Conversely, rivers that flow westward from that mountain range do not get very far as they head straight towards the world’s driest terrain before drying up there.

What is the Longest River in South America?

Do you know the answer to this question? I bet you do. Yes, it’s the Amazon River! This massive carrier of water, which is primarily located in Brazil, is unquestionably the longest river in South America, and it’s also argued by some to be the longest in the world as well. Most measure its length at least 4,000 miles, which would place it just behind Africa’s Nile, which is commonly measured as being 132 miles longer. But many disagree. The issue is that determining the Amazon River’s start and end points is not simple, especially since some of its prospective start points are located in very remote locales, and its end point can be defined as one of three different places where it expels its water into the Atlantic Ocean.

Interestingly, there is no bridge that crosses the Amazon River at any point.

One of the more intriguing aspects of the Amazon River and the Amazon Rainforest is how the area is home to hundreds of tribes of indigenous people, each with their own cultures and languages. In fact, some of these tribes are still completely out of contact with the modern world although that number is decreasing as the impact of logging, cattle ranching and mining causes encroachment further and further into these areas.

Other Rivers in South America

Of course, the Amazon is the not the only river in South America.

One of the other major ones is the Orinoco, which is located in the northern part of the continent with most of it situated in Venezuela and the rest in Colombia. Its drainage basin is 340,000 square miles, its volume is the fourth-most in the world at 1.3 million cubic feet per second, and its length is 1,600 miles. The Orinoco also provides a convenient transportation method through parts of those two countries that cannot be traversed over land while the Pairoa, an indigenous people, use this river to support their traditional way of life.

Another one, which is located in Argentina, Brazil and Paraguay, is the Parana River. Its drainage basin is quite large at 1 million square miles although its volume is not as strong as other rivers of its size, coming out to about 600,000 cubic feet per second. But you’re here to find out its length, right? You won’t be disappointed as it is quite lengthy, measuring 3,032 miles. The Parana Delta is quite popular amongst travelers who enjoy its incredibly beauty. It helps its popularity that it’s located less than an hour by train or bus from Buenos Aires, Argentina.

Brazil is also home to the powerful Tocantins River, which pushes out 400,000 cubic feet per second and has a basin of 290,000 square miles while its length measures out at 1,640 miles. One interesting fact about this river is that it’s home to the Tucurui Dam, which is one of the world’s largest. Thanks to its dams, waterfalls, rapids, and even a significant hydroelectric facility, the Tocantins River is not easily navigable.

One interesting fact that instead has to do with the lack of rivers in this region of the world is that Chile’s Atacama Desert, located to the west of the Andes, is the world’s driest. The main reason for this is due to it being situated in two rain shadows, that of the Andes and the Chile Coast Range. The other major factors are related to air being blown into this area being excessively dry. Even the nearby Pacific Ocean, which chills and dries out the air, plays a role as well.

But let’s go ahead and end with an interesting fact about a river that hasn’t been mentioned yet. This will allow us to go out with a bang. In Venezuela, at the point where the Catatumbo River flows into Lake Maracaibo, lightning storms are so significant that they occur for up to 10 continuous hours on about half of the days of the year, making it the spot that is struck by lightning more than anywhere else in the world.